This is a free 15-turn version of Kursk – The Biggest Tank Battle, a turn based strategy game set on the Eastern Front during the Second World War.

Historical background: In 1943 Germans hoped to shorten the Russian front by eliminating the Kursk Salient, which had been created in the aftermath of the Battle of Stalingrad. Wehrmacht, focusing majority of their elite divisions on the Eastern Front on this relatively small area, envisioned Panzer spearheads breaking through northern and southern flanks of the salient to encircle the Red Army forces. However, the Soviets had excellent intelligence of the German plan, called Operation Citadel. This, and German delays in waiting for new weapons, the Tiger heavy tank and the Panther medium tank, gave the Red Army time to construct a series of defensive lines and gather large reserve forces. This huge concentration of armed forces on both sides led into the biggest tank battle of history on the outskirts of Prokhorovka on 12 July 1943. The question “could German Army have succeeded in this offensive”, was kind of left unanswered, as Allied landing in Sicily and the Soviet offensives elsewhere on the Eastern Front pressured Hitler to abort the Operation Citadel only after 10 days.

+ Long-lasting: Thanks to in-built variation and the game’s smart AI technology, each game provides a unique war gaming experience.

+ Competitive: Measure your strategy game skills against others fighting for the Hall of Fame top spots.

+ Challenging: Crush your enemy quickly and earn the bragging rights on the forum.

+ Settings: Various options are available to alter the look of the gaming experience: Change difficulty level, hexagon size, Animation speed, choose icon set for units (NATO or REAL) and cities (Round, Shield, Square, block of houses), decide what is drawn on the map, and much more.

The full game of Kursk: The Biggest Tank Battle is available at http://bit.ly/18huUuy

Join your fellow strategy gamers in changing the course of the Second World War!

Privacy Policy (full text on website and app menu): No account creation is possible, the made-up username used in the Hall of Fame listings is not tied to any account and does not have password. Location, personal, or device identifier data is not used in any way. In the case of crash the following non-personal data is sent (vie web-form using ACRA library) to allow quick fix: Stack trace (code which failed), Name of the App, Version number of the App, and Version number of the Android OS. The app only requests the permissions it needs to function.

Conflict-Series by Joni Nuutinen has offered highly rated Android-only strategy board games since 2011, and even the first scenarios are still actively updated. The campaigns are based on the time-tested gaming mechanics TBS (turn-based strategy) enthusiasts are familiar with from both the classic PC war games and legendary tabletop board games. I want to thank the fans for all the well thought-out suggestions over the years which have allowed these campaigns to improve at a much higher rate than what any solo indie developer could dream of. If you have feedback about this board game series please use email, this way we can have a constructive back and forth chat without the limits of the store’s comment system. In addition, because I have huge number of projects on multiple stores, it’s just not sensible to spend handful of hours each day going through hundreds of pages spread all over the Internet to see if there is a question somewhere — just send me an email and I will get back to you. Thanks for understanding!
+ Setting: Turn Stuka Strikes ON/OFF
+ Setting: Show terrain on minimap (slight color variation)
+ HOF cleared from the oldest scores
+ Documentation: Updates and typo fixes
+ Bug fix: Encircled AI units were too passive
+ Lighter rivers (take II)
+ AI refinements 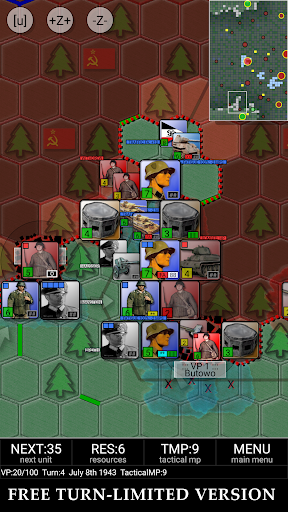 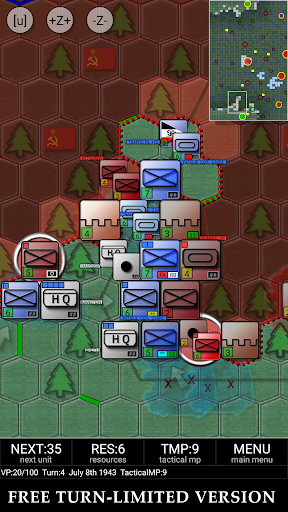 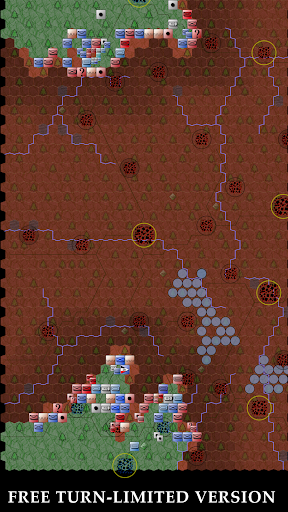 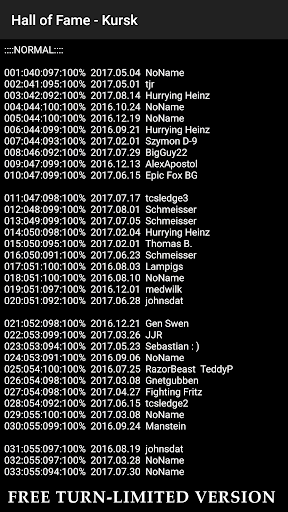 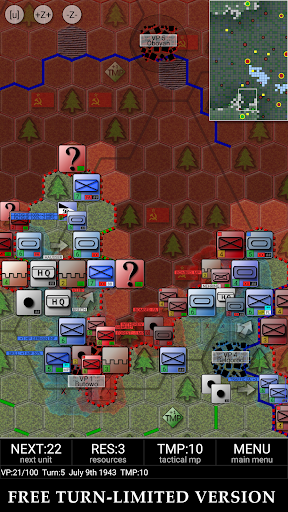 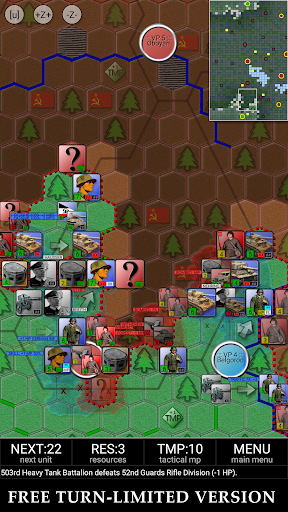